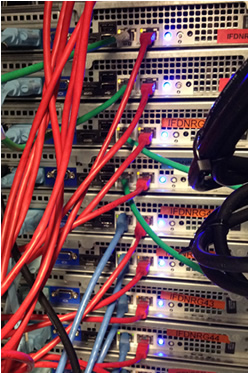 
IFDNRG hosted media for The Killers.

Back in 2003, We hosted a variety of websites and media for small indy label Lizard King Records, and the bandwidth for one of their signings started to get crazier and crazier.

The band of course was the Killers, who went on to massive success and signed eventually with Warner Bros, at which point we regrettably had to hand over the hosting.

It was extremely satisfying hearing the music on radio and TV as they began to get airplay knowing that we hosted them!